All About Dogs: 12 Unique Facts You Probably Didn’t Know about Dogs 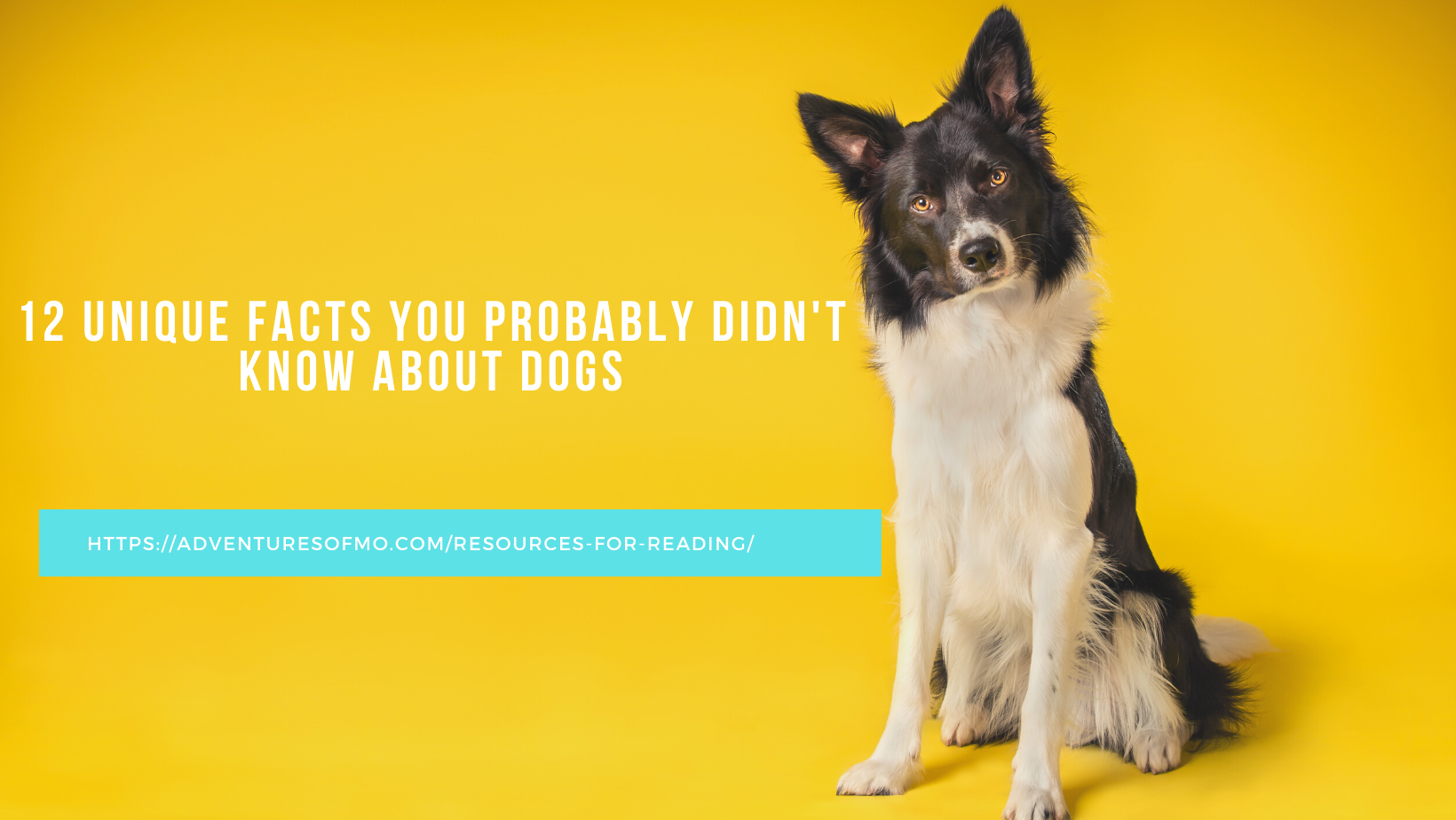 Test your knowledge about dogs with us! Moving forward, we’ll be featuring two different series of blog posts that classroom teachers, homeschoolers, or parents/grandparents can take advantage of to stimulate learning and curiosity. One series will focus on fun facts about different animals identified in the chapters, while another will provide interesting or unique information about each state’s history to prompt student discussions or advance student learning. Besides serving as a free resource for reading, Mo can now offer more learning, more fun, and more creativity.

That being said, welcome to the first blog in the AAA series: All About Animals!

Mo and Finchy (the main characters in our series) meet many animals throughout their journey across the United States. Some of these animals just so happen to be dogs: big, small, friendly, attractive canine companions… But regardless of how they look or act, in real life, all dogs possess superior physical traits when compared to humans.

Consider these facts from the American Kennel Club and The University of Adelaide (South Australia):

These remaining facts were found in articles published by the Reader’s Digest:

Is there anything you can share or add to this list? If so, email Mo at: info@adventuresofmo.com and we’ll publish your information along with which state you’re from and your first name.

The Adventures of Mo (Mo) provides early readers with opportunities to have fun while learning. They may be introduced to cardinal directions or creatures they’ve never heard of before, such as Annie, the armadillo from Amarillo. They can learn more about the geography and history of their state or other states. They’ll also become familiar with many historic and unique landmarks throughout this country.