All About Chipmunks: Beyond Cute 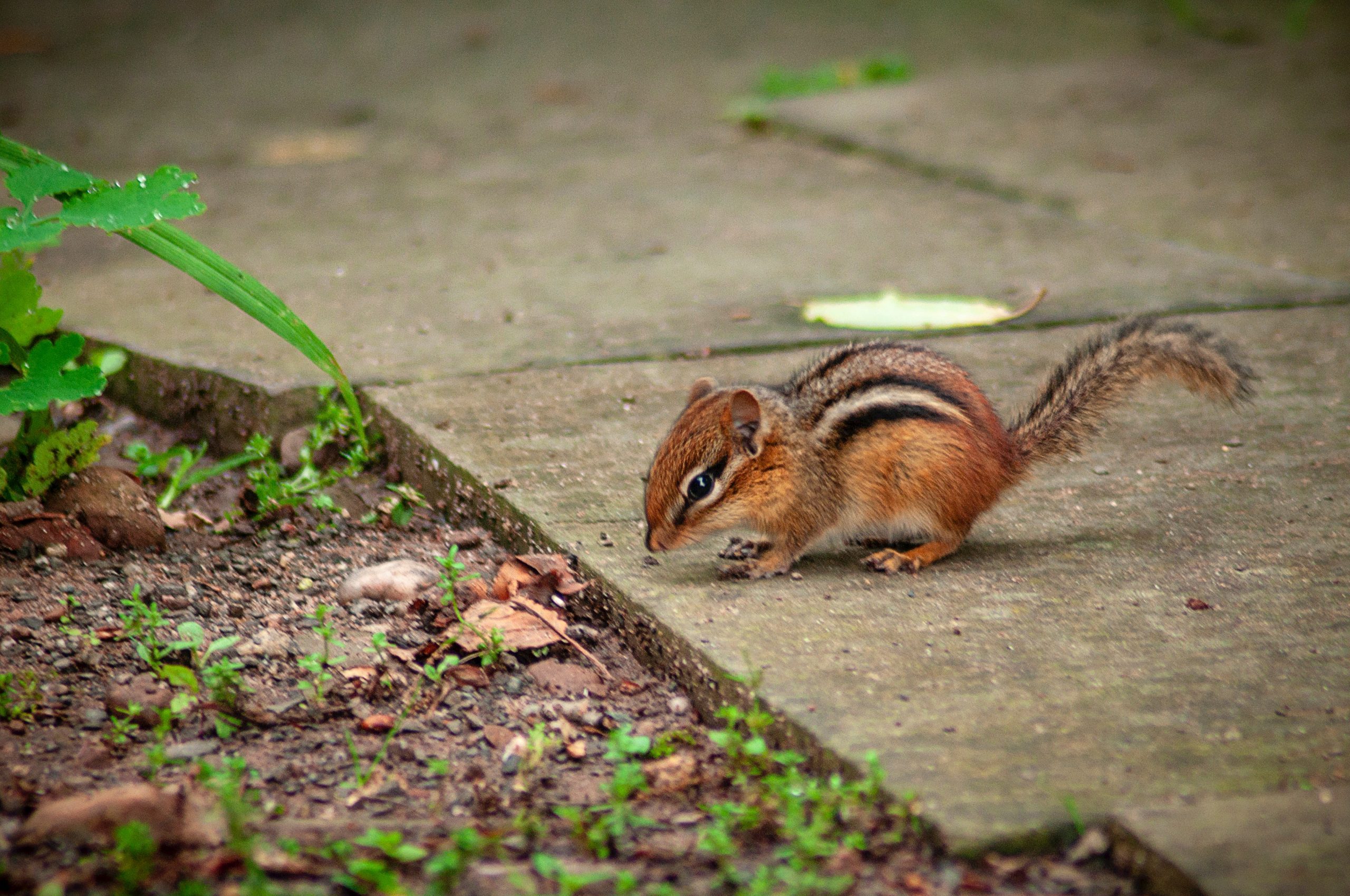 In chapter 27, Mo and Finchy meet Hazel, a very nice chipmunk. Finchy challenges her to a contest: who can gather the most nuts–Hazel or Mo and Finchy? If Hazel wins, she gets to keep all the nuts that Mo and Finchy gather. But if Mo and Finchy win, Hazel must find them dinner, preferably in a dumpster behind a fancy restaurant. You’ll have to read the chapter to find out who wins the bet! 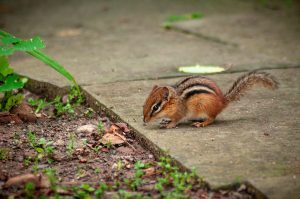 What Finchy doesn’t realize is that chipmunks, who are members of the squirrel family, are really good at two things: burrowing or digging holes in the ground, and finding or gathering nuts.

These small animals typically weigh less than one pound and are between four and seven inches long with a furry tail that measures three to five inches long. Their fur can be colored different shades of brown, yellow or gray with white and black stripes down their back.

All chipmunks live in North America except one type, the Siberian chipmunk who lives far away from this country. They can be found throughout northern Asia, from central Russia to Japan.

Chipmunks are cute. Very cute. But like many animals, they can also be full of surprises.

Here are some facts about Hazel and her friends:

They are not social creatures. They prefer to live alone and really don’t make good pets. So please don’t try to capture a chipmunk and put the animal in a cage. He or she would not be happy. In fact, the chipmunk would be miserable.

They like to live underground and in places that have plenty of bushes, tree logs, big rocks, or other types of ground cover that can protect them from dangerous animals. Their home might be in a city park or neighborhood where there are lots of trees, bushes or hedges.

Chipmunks usually dig two burrows, or tunnels, directly underneath ground cover that no one can see. The first is not very deep and offers them a quick place to hide if a dangerous animal is coming their way. The other is their home. They store food in it and spend most of the winter months in this place. To make sure they don’t become another animal’s next meal, chipmunks rarely travel far from home. Generally, they stay within one-third of a mile from their burrows.

As omnivores, which means they eat both plants and living things, they’re not picky eaters. Here’s a list of some of their favorite foods:

Just like people, chipmunks are active in the daytime during spring, summer and fall. But winter is a different story. They live in their deep burrow and hibernate…well, sort of. Actually, it’s called torpor. It’s a type of hibernation in which their body enters a deep sleep. Their body temperature, heart rate, breathing, and even brain activity drop dramatically. They need 75 percent less energy than during the warm weather months, but they don’t sleep all the way through winter like bears do. They wake up every several days to raise their body temperature to normal, eat some of the food they stored, and of course, go to the bathroom!

Chipmunks even have their own communication system. To warn young chipmunks of danger, or when strangers come near their burrow, they use a range of loud chirps. These chirps tell others to go away, and that they’re not in any mood for company. They can be so talkative or chirp so much that people sometimes mistake them for bird noises or calls.

Hollywood loves chipmunks! Back in 1943, Walt Disney introduced Chip and Dale who were chipmunks that appeared in more than 20 cartoons. They start a detective agency with their friends called Rescue Rangers and crack crimes that are too small for the police to handle.

About 15 years later, another famous cartoon featured three chipmunks named Alvin, Simon and Theodore who were raised like brothers. The TV series was called “Alvin and the Chipmunks” and showcases how the brothers form a singing group and perform more than 50 songs. Some of the songs even became famous like The Chipmunk Song.

The Chipmunks even earned their own star on the Hollywood “Walk of Fame” sidewalk.

They Help the Planet

Chipmunks are also good for the environment and help make forests healthier.

They generally search for food on the ground, which tends to be small things like seeds, insects or mushrooms and other fungi that live around tree roots and are also critical to a tree’s growth or survival.

Chipmunks help spread fungi within a forest, just like they help spread seeds. Brace yourself, here’s how: their poop contains seeds and fungal spores. So wherever they poop, they spread tree and other plant seeds, as well as mycorrhiza. That’s a fungus that’s vital for increasing water and helping plants absorb nutrients. By gathering and burying seeds, chipmunks help the growth of shrubs, trees and other plants.

Do you know something about chipmunks that other kids would like to learn? Please email it to us at info@adventuresofmo.com along with your first name, age and state where you live and we’ll post it on Mo’s social media pages!