All About Cows: MOOO(re) Interesting Than You Think! 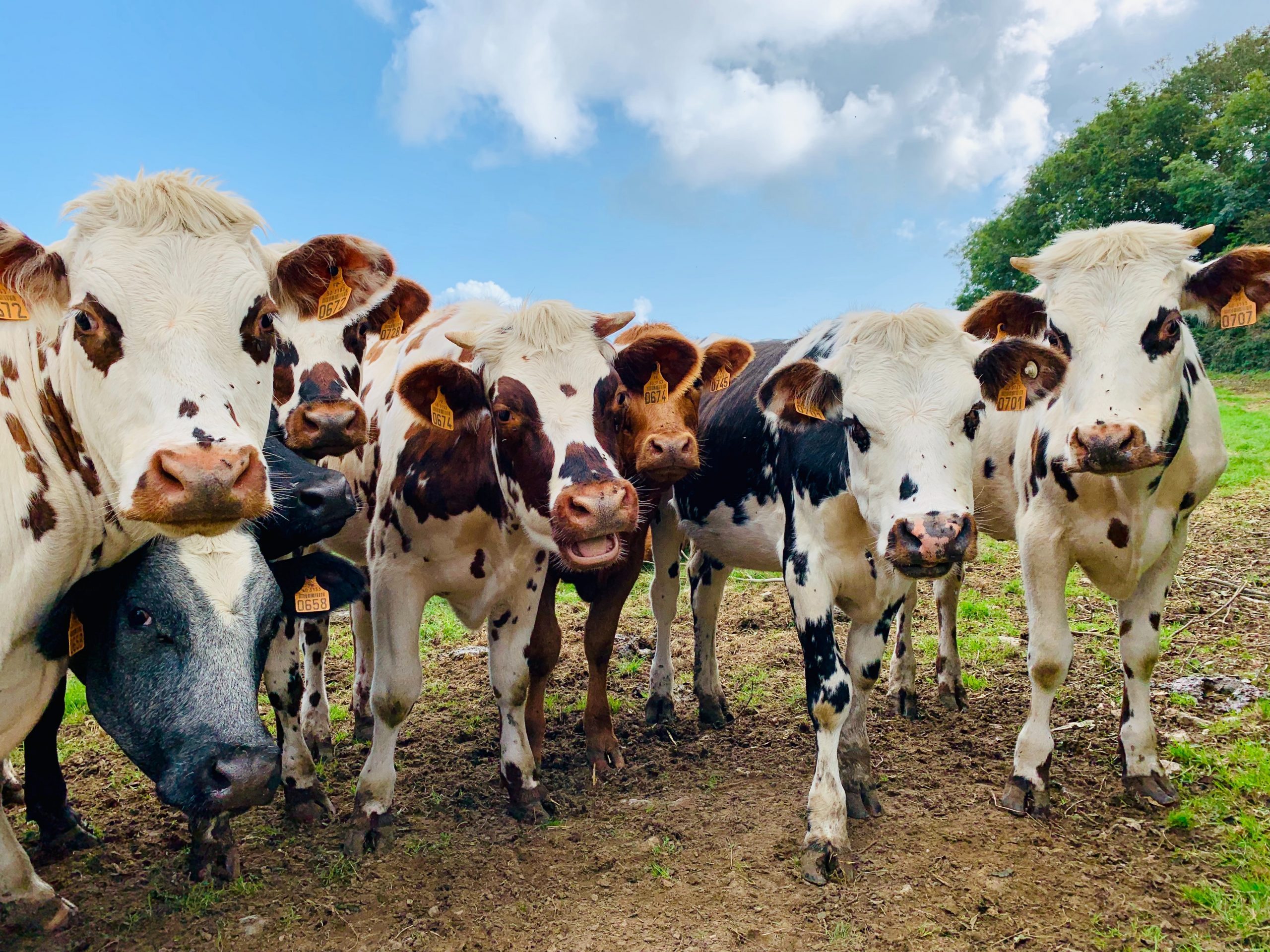 In chapter 13, Mo, Finchy, and several farm animals bake the BEST apple pie in the world. One of those animals is a cow. Most people have seen cows on a farm or at a county fair, but if you’re like me, you know very little about them. I’ve since learned that there’s a lot more to cows than you think…

For starters, cows are generally very social animals. They tend to live in small herds of 20 to 30 animals, recognize each other as individuals, and actually have friends they prefer. So how do BFFs spend their time together? They may graze or rest next to each other, or even lick the heads, necks and backs of others as a way of relaxing, reinforcing relationships, or bonding. 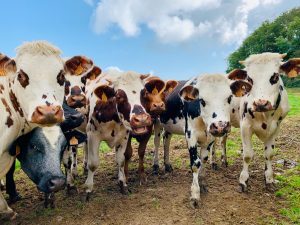 Besides “mooing”, they also communicate with body language. They may position their head, limbs, and tail a certain way and even display facial expressions. For example, when a cow’s tail is hanging down, she’s relaxed. But if the tail is tucked between her legs, she is either in pain, scared, or cold. If her tail is raised, she is exploring or alert to possible threats.

Here are 5 mooo(re) facts about cows:

They don’t all look alike…

Not all cows are the same. There are beef cows, milk cows, and different breeds. Even if they appear alike, no two cows have exactly the same spots or patterns.

When compared to milk cows, beef cattle have a stockier build and come in a variety of colors and shades: red, black, white, gray, brown and yellow.

Dairy cattle come in other colors: brown, tan, silver, gold and white, and red and white. It all depends on the breed.

Likewise, all cows are cattle, BUT not all cattle are cows. Here’s the difference:

Yes, that’s right – there are famous cows! In fact, some cows have made history.

Do you have a story that you’d like to share about a cow? Email us and we’ll post it on Mo’s social media pages along with your first name, age, and state where you live!