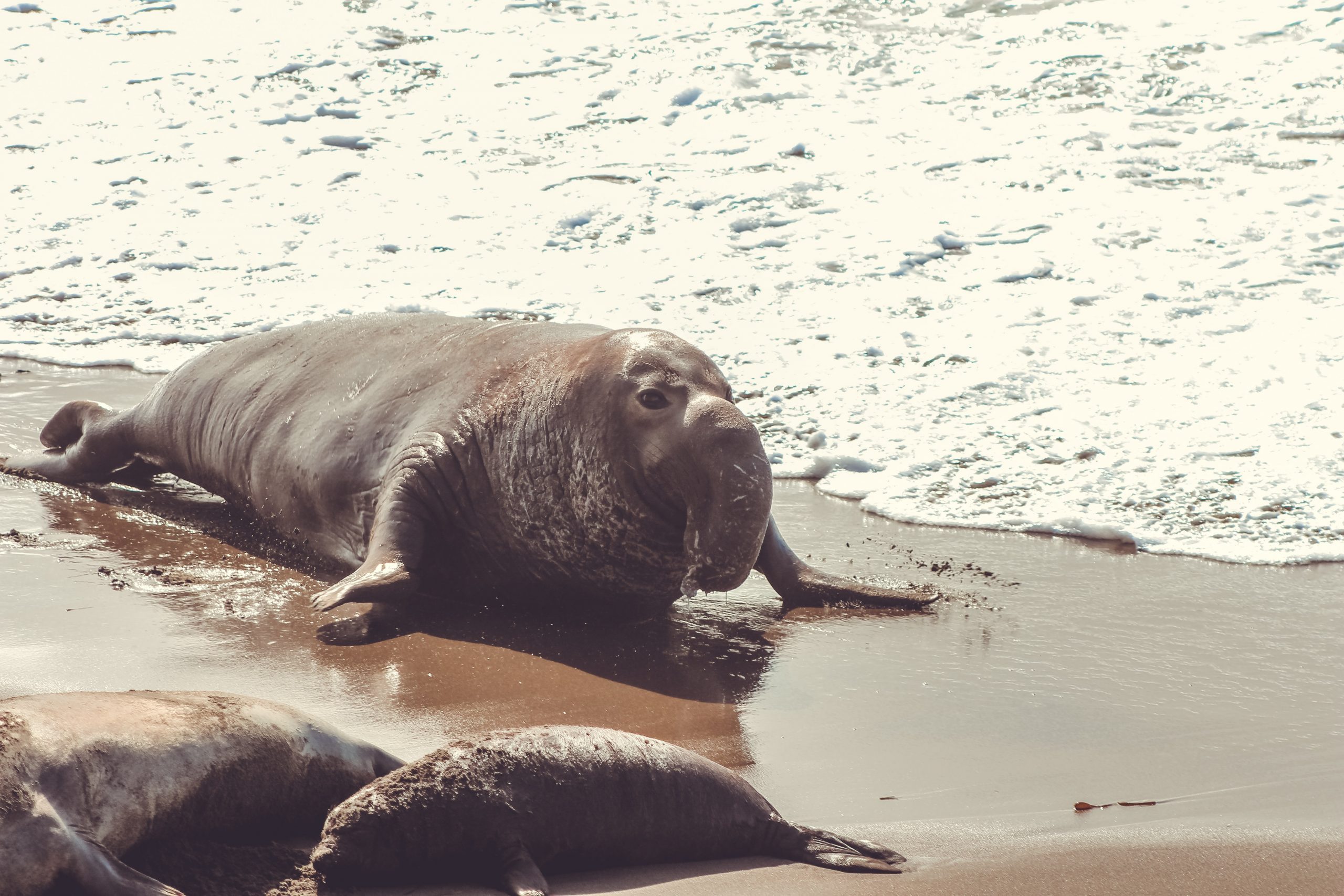 How long can you hold your breath while swimming underwater? When searching for squid, fish and other favorite foods, elephant seals dive deeper than a mile while holding their breath for up to two hours without surfacing for air! 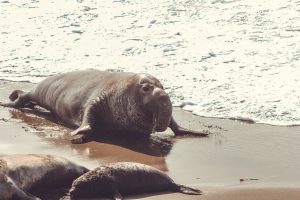 Mo and Finchy meet elephant seals in chapter 17. There are actually two species: northern and southern. While you’ll mainly find northern elephant seals in the warm ocean waters off California and on nearby offshore islands, southern elephant seals prefer much colder or frigid temperatures and live in Antarctic waters. They’re called “elephant” seals because adult males have a large nose that resembles an elephant’s trunk.

How Massive are Elephant Seals?

Both of these gigantic mammals can seem pretty scary because of their size. Northern elephant seals (adult males) are typically 14 to 16 feet in length and weigh between 4,000 and 6,000 pounds. Adult females are usually nine to twelve feet long and weigh much less – between 900 and 1800 pounds.

Southern elephant seals, however, are the largest of all seals. Adult males can be 15 to 20 feet long and weigh up to 8,800 pounds. Can you imagine being that huge? That’s about the size of a truck or cargo van. Adult females can be approximately nine feet in length and weigh 1800 pounds.

Have you ever seen an elephant seal in person? Did it seem friendly? What kinds of sounds did it make? Did you take a photo of one?  If so, please share your story and/or photo and we’ll post it on Mo’s social media pages along with your first name, age, and state where you live!